Thank You for the pond I am sitting around enjoying sparkling games of multicolored koi fishes. Sachi’s paintings show you the pictures I am having in my eyes right now in a very beautiful and fascinating manner.

Today’s story is from Japan. It is about cool koi who decided to swim upstream to attain enlightenment and was transformed into a flying dragon.

Amongst all the inhabitants of their water, the Koi family were the most beautiful of all, gleaming in the sunlight like brilliant stars. The black one was father Koi, the blue one was mother Koi, and their little son was a remarkable deep red colour. 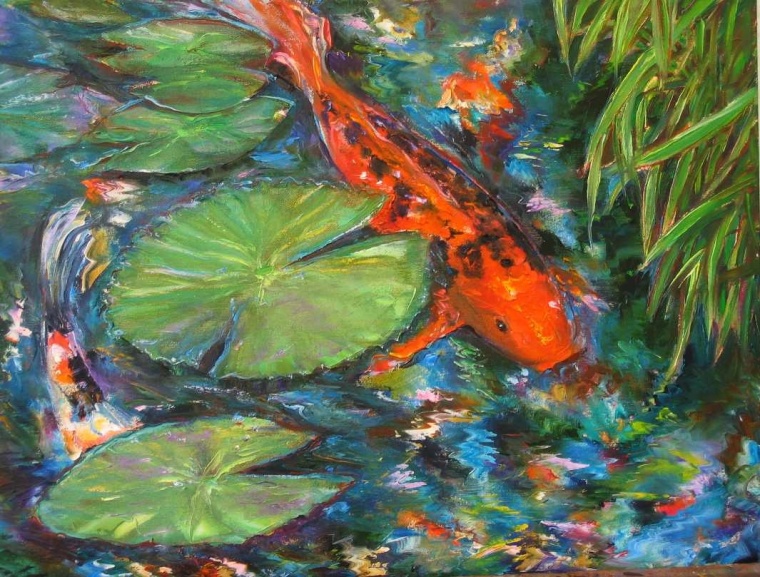 What the little Koi fish wanted more than anything was to reach the waters of the blue river. He began to swim upstream against the current. The other fish felt discouraged and thought it would be easier to swim with the current and didn’t trouble themselves to find out what was beyond the waterfall because the gods set traps to trick them.

But our brave cool Koi kept on swimming upstream. He was so tired but not for a moment did he feel like giving up.

When the Koi had summoned all his strength for one last jump, the God of the Waters called out to the waves and the fish’s jump raised him up to the summit, allowing him to cross to the other side of the Dragon’s Gate and reach the water of the blue river. 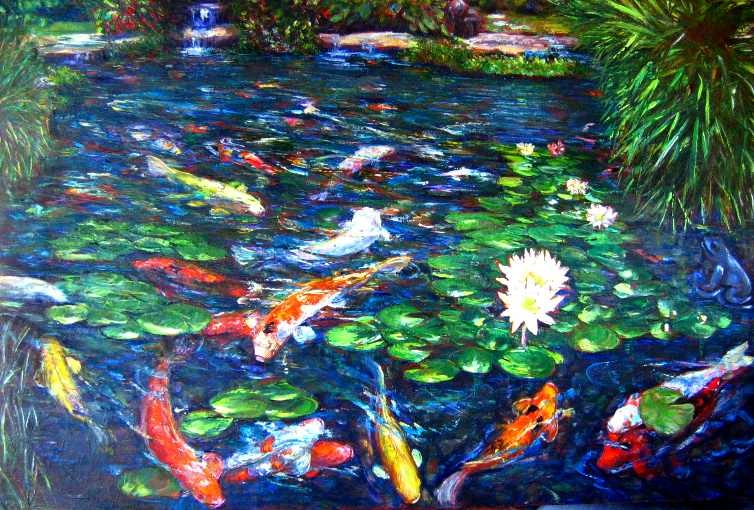 So it was that, because he never give up, the Koi was able to jump over to the other side of the Dragon’s Gate where he disappeared into the fog and emerged as a beautiful dragon.

You see the story in this one minute animation.

Thank you for your beautiful company. We are happily sharing this very moment and floating freely in the river of life. As Cool Koi we have strength, courage and perseverance to go against the current and overcome difficulties.