Thank You for the 1st day of April. I invite you to celebrate today in charming French custom concerning this holiday. 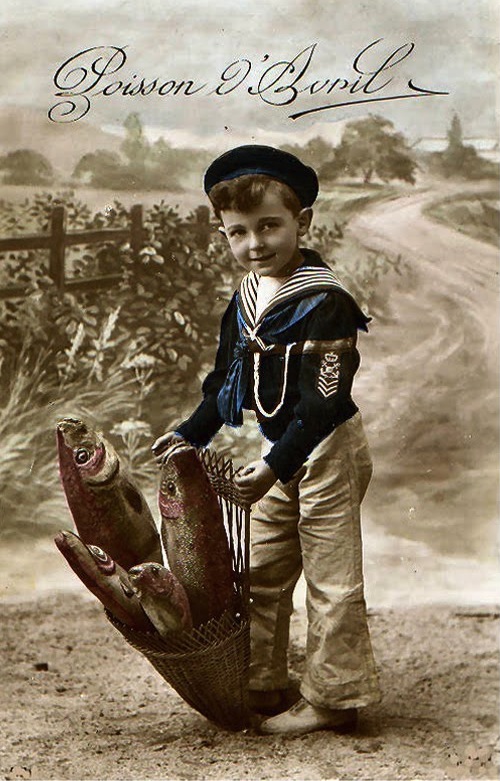 The story goes that in 1564, King Charles IX of France passed the Edict of Roussillon, decreeing that henceforth the year would begin on January 1, instead of April 1. But some people failed to hear about the change and continued to celebrate the New Year on April 1. Therefore, people played pranks on them, making them April fools.

In France the fish is the primary symbol of April Fool’s Day. The association with fish is a bit enigmatic, but likely has its origin in the plentitude of young and easy-to-capture fish found in their rivers in April.

During that time, the 1st of April coincided with the end of Lent when the Church forbade Christians to eat meat. Fish was tolerated and was often used in the offering of gifts for the New Year.

Ha, ha, ha “April Fish!” I have tagged a paper fish on your back and we are happily laughing with French children and adults who are tricking each other in the same way.

Undrinkable juice I have prepared by adding gelatine,

I caramelised an onions instead of an apples,

I added green colour in the pack of milk,

You know to see happy laughing eyes of my family and friends is the greatest happiness I can imagine and wish for myself and for you!

I invite you to share our today’s laughing by watching The Cat Concerto. Jerry is the Master of a pranks!