Thank You for my happy Soviet school years. Perhaps you can catch some satirical notes in my statement, but I am serious I am happy to be educated in the USSR.

My school years cover the period from blooming to crashing the USSR (1981 – 1991). The same period defines the Cold War where USSR and USA were main enemies. My dear friend Sindy from USA has written in comment that she remembers from her childhood: “We were all raised with the threat of nuclear war.”

We were raised with the certain confidence we are the Peace (Makers and Givers) Angels . Of course the word “angel” was forbidden in the USSR due to there were no place for religions. What’s the advantage, I can afford to use the word in describing the Communist’s country now!

I have met in a different opinions of clever people such as philosophers, sociologists, historians, that Soviet education was extremely politicized. I partly agree, because everything which is “extremely” too black or white.

Black and white was a comfortable conception Soviet propaganda used with great success. We, children, clearly understood who winner was. Additional politicizing was not necessary.

The educational standards were high, even higher than in the modern ex-USSR countries. We were busy reading “War and Peace” by Tolstoy, by the way in the whole volume, and playing the favorite Lenin’s sonata “Appassionata” by Beethoven in musical school.

Did you know that foreign language was compulsory for learning from the 4th grade in Soviet school? German and English were popular due to historical reasons. Italian and French were for future artists and musicians. 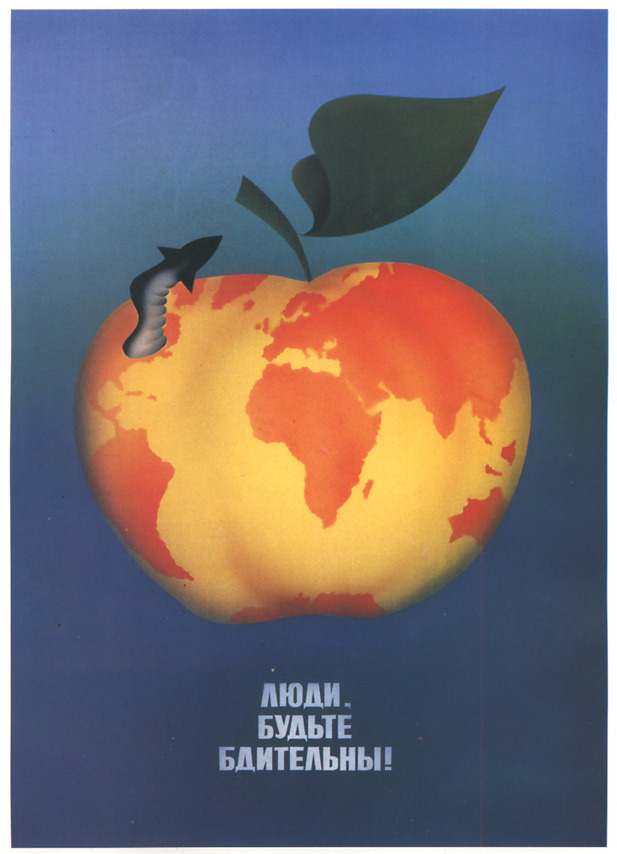 You see the posters from my school. We, Soviet children, had no chance to be frightened by our worst enemy USA. We were protected and happy because of this clearness of understanding.

You know to protect citizens is the main aim of every governments. What do we observe today?

Thank you for sharing this moment with me. I am happy to think with you.