Thank You for Your sparkling and reading eyes I am feeling now. The sharp joy to meet and feel You again is overflowing my whole Universe.

I was playing with a quantum particles on a waves of small village where in a pastoral landscapes and in Internet-free zone I read a very good book “Quantum Consciousness: The Guide to Experiencing Quantum Psychology” by Stephen Wolinsky. And I have to admit that the company of Stephen Wolinsky was great. Then when I thought about this post the artist, very gifted Michael Cheval jointed to us. We were floating on a waves of the Ocean of Quantum Consciousness and juggling a particles creating this reality where reading these words is possible.

You are on the same waves with us and you will find out its very soon. 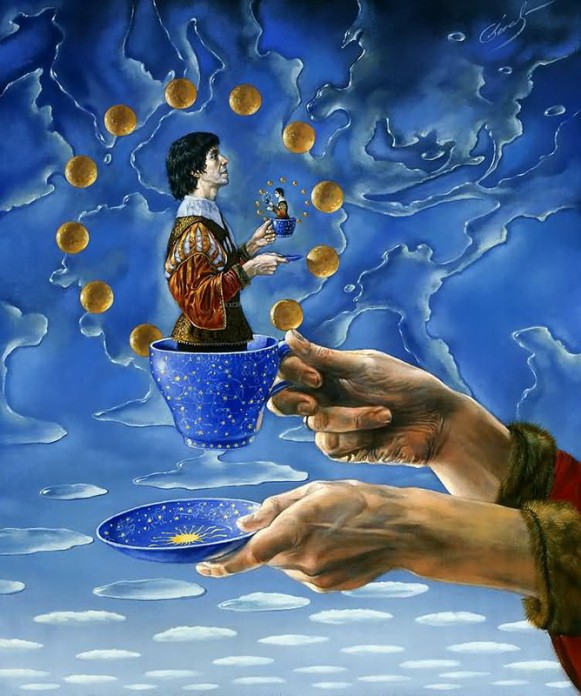 Quantum physics has produced a stunning subatomic mosaic that demonstrates the underlying unity of the universe. So Quantum Consciousness is essentially unity consciousness. Quantum Psychology asks the practitioner (1) to observe (Sufi and Eastern traditions), (2) take responsibility and experience subjective reality (Westen psychotherapy), and (3) realize the observer is creating the act of observation its subjective thoughts, feelings, etc. (quantum physics). 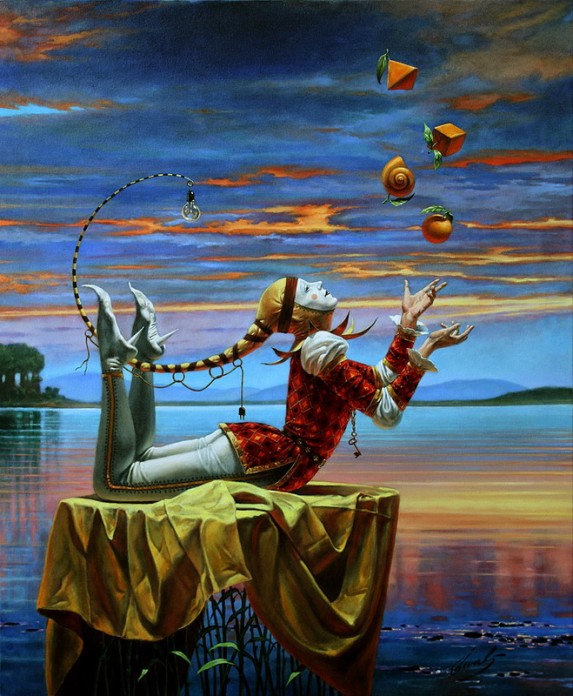 “If one perceives the cosmos as mere jugglery conjured up by some juggler or magician, or sees the world as a painting… then they will experience great happiness” – I am reading in the book.

Stephen Wolinsky suggests the following Quantum Exercise – let’s do it together:”Close your eyes for a few minutes and think about or imagine that the world is just like juggling, like something produced by a juggler in the circus, and that everything is being constantly juggled very spontaneously, almost like a magician’s trick and that, somehow, everyone and everything landed this way.” 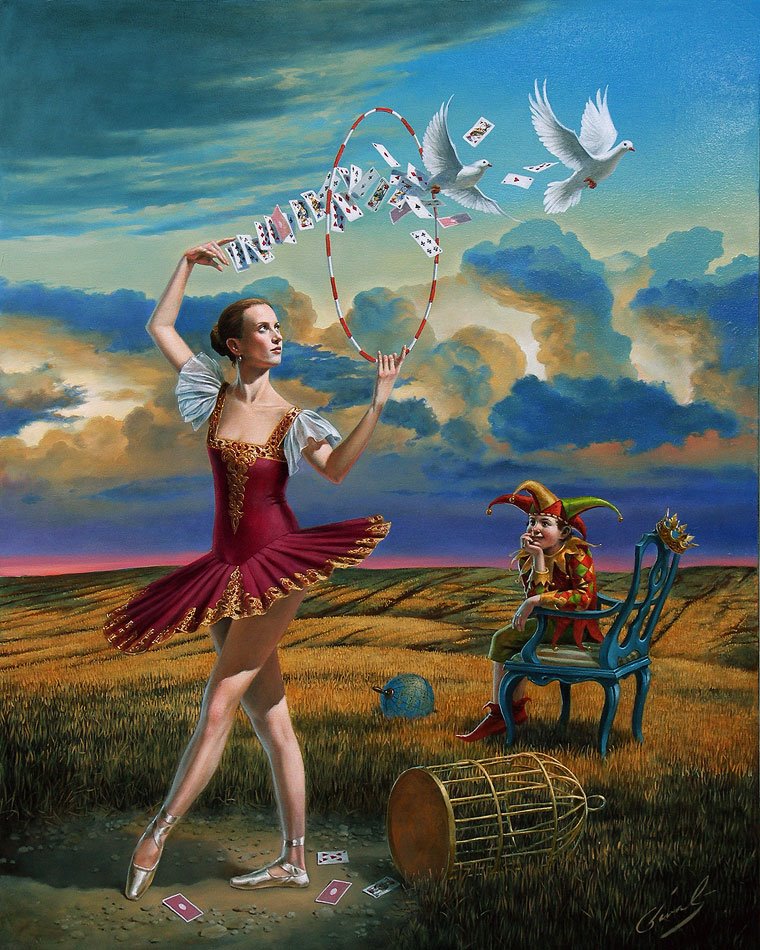 “Let your mind expand to imagine that the world is like juggling, a magician’s trick. Somehow, it all landed here, and everybody somehow lands where they do.”

Contemplate the freedom, if the world is just a magician’s trick.

Now open your eyes and look around  – you are a juggler in creating the reality you observe. Are you feeling the waves of infinite freedom we are on now?

Thank You, thank You very much for creating the reality where Juggling Me and Juggling You is possible.

12 thoughts on “Juggling Me”